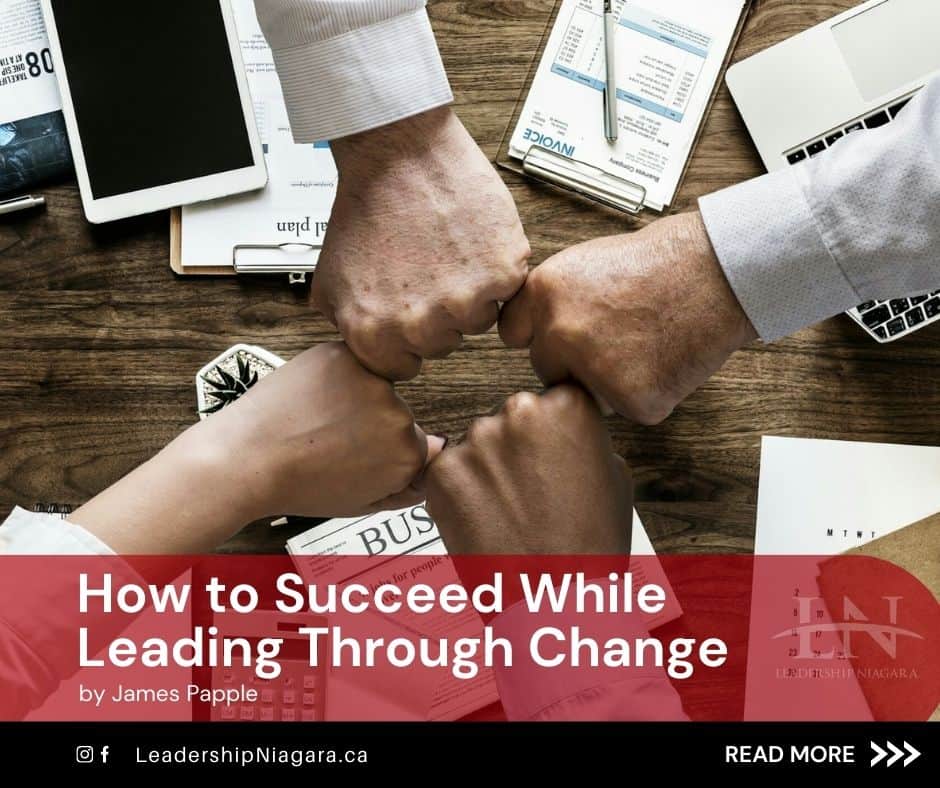 How to Succeed While Leading Through Change – Change Leaders

As a newly elected leader of a not-for-profit educational association, I came in with bold ideas for transformational change. However, despite my best-laid plans, several external threats would appear and I would find myself spending my term dealing with those crises, instead.

What Is A Change Leader?

Most of us believe that as leaders we will be able to come in and enact the vision we had in our heads. But, a leader is often subject to the events unfolding around us at a given time.

With the pandemic this last year, nearly everyone has found themselves having to lead while making dramatic and sometimes painful adjustments.  A leader, then, is not all about the original plan, but being able to make nimble adjustments in uncertain times.

Take Stock Of Your Team

One of the first things we need to do as leaders in moments of change is to take stock of what we have available.  Often the first thing available to most of us is the team around us.

During change, there will always be those ready to rise to a new challenge. Even if they are not in a formal position to do so.  At the end of the day, our success as leaders is dependent on our ability to persuade, influence, and inspire others.

Rather than relentlessly pursuing your great idea that will likely wither and die on the vine, because it is no longer in step with the times—pivot instead towards what needs to be accomplished at the moment.  Look for hidden leaders in the team. Those who may not have a fancy title, but know what needs to happen to get things done. Then step back and become a champion for them.  Be patient, listen and learn what their obstacles are and help to clear them so they can flourish.  I have found The Practice of Adaptive Leadership: Tools and Tactics for Changing Your Organization and the World by Heifetz, Linsky, and Grashow to be an effective tool.

When faced with uncertainty, leaders practicing adaptive leadership will encourage their team to problem solve their way through high levels of stress. These leaders will also reduce interpersonal politics that distract from the task at hand.

It is important to set aside your ego, then trust and elevate the team before finally  championing their successes.  In these situations, leaders can provide open and relaxed spaces for people to deal with the problems at hand.

I never accomplished what I set out to do when I joined as the leader of the organization. However, I was able to right the ship and set up a brighter future for everyone on the team.  By not seeking the spotlight, I was able to let others shine and find their own resilience.

By investing in the team, they were able to eventually develop some of my original plan after the crises had abated and my term was up.  I have to say it was immensely satisfying to see.

Source: Heifetz, Ronald A., Marty Linsky, and Alexander Grashow. The Practice of Adaptive Leadership: Tools and Tactics for Changing Your Organization and the World. Harvard Business Press, 2009.

James is a current member of the board of Leadership Niagara and past secretary.  He currently works at York University’s English Language Institute as the Interim Associate Director.  As a St. Catharines native, James received his Bachelor’s and Master’s degrees at Brock University as well as a certificate in Human Resources Management from Niagara College.  James is committed to supporting local non-profit organizations and currently sits on several boards and councils in the language education sector.