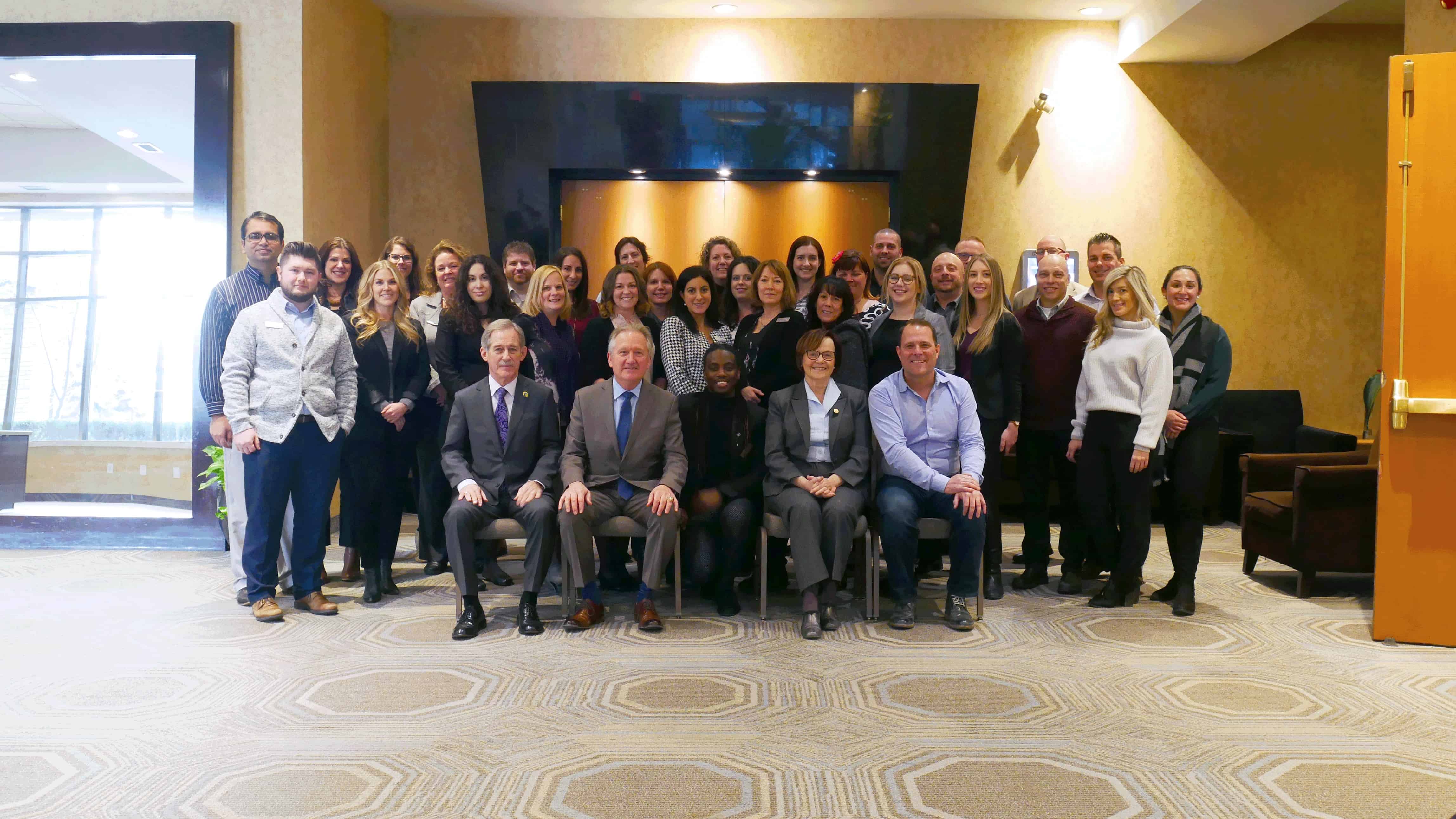 This past Friday our 2019 cohort was able to gain some insight into the roles of our elected officials.

Four of the region’s mayors, Walter Sendzik with the City of St. Catharines, Sandra Easton with the Town of Lincoln, Terry Ugulini with the City of Thorold, and Wayne Redekop with the Town of Fort Erie came together to share how they became interested in becoming a public servant, how they navigated the local and federal political systems and how they continue to deal with complex issues that arise.

Social media and the responses to online attacks were a big topic, with each leader sharing how they navigate through online attacks, racism and public discourse.

When asked by moderator Shane Malcolm how they dealt with such issues, Mayor Sendzik stated “We need to set the example of being positive,” adding that, when confronted with issues like racism and bigotry, leaders also need to push back and say “Here is what my community looks like. Here is a community that is inclusive and diverse, that is designed for the next 100 years.”

The panel discussion has been a part of the Leadership Niagara curriculum for the past 8 years or so, with several of the mayors, like Mayor Easton, participating each year.

When asked if women were underrepresented in politics, Easton agreed, talking about the impact of organizations such as ‘Niagara Women in Politics’ that earlier that day was discussed with Shirley Cordiner as part of Leadership Niagara’s “Leveraging the System- Women in Politics” focus.

The panel portion was wrapped up with each elected official answering questions from smaller groups in a round table discussion, giving the cohort a chance to ask questions around how to identify and work through complex challenges as formal leaders in the political and community system.

Thank you to our amazing guests:

And our talented facilitators:

A huge thank you to White Oaks Conference & Spa for sponsoring this learning day.